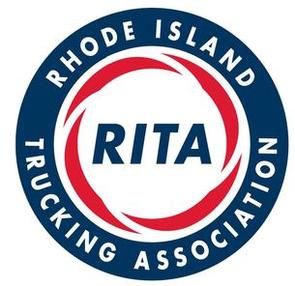 Pawtucket, RI (February 12, 2019): The American Transportation Research Institute (ATRI) has released its 2019 list of "Top 100 Truck Bottlenecks".  We are sharing their announcement to highlight #35 on the list: I95 at I195 in Providence.  I-95 in Stamford, CT and Boston's I-93 also made the list, but Rhode Island has the dubious distinction of having a bottleneck that comes in "ahead" of even those two infamous traffic hotspots.  The direct link to ATRI's list is below.

On a related matter, please note that RIDOT’s current proposed toll rates incentivize trucks to utilize I-95 through Providence and directly into this bottleneck rather than around on I-295 due to the respective rates - $11.00 on I-95 and $22.50 on I-295.  With bottlenecks, commuter congestion, two dangerous curves(Thurbers Ave, Pawtucket S-Curves), this flies in the face of any and all consideration for safety and efficiency.

The 2019 Top Truck Bottleneck List assesses the level of truck-oriented congestion at 300 locations on the national highway system.  The analysis, based on truck GPS data from nearly 1 million heavy duty trucks uses several customized software applications and analysis methods, along with terabytes of data from trucking operations to produce a congestion impact ranking for each location.  ATRI’s truck GPS data is used to support the USDOT’s freight mobility initiatives.  The locations detailed in this latest ATRI list represent the top 100 congested locations.

“Congestion is a persistent issue for our industry and our company specifically,” said Rich McArdle, president of UPS Freight. “For UPS, if all of our vehicles are delayed just five minutes a day, every day, it costs our company $114 million a year. In order to combat congestion, many companies must plan operational redundancies to meet their customer needs. Using data like ATRI’s bottleneck report can help both companies and elected officials to make more informed decisions.”

For the first time since 2014, the intersection of I-95 and SR 4 in Fort Lee, New Jersey is back on top as the Number One freight bottleneck in the country.  The rest of the Top 10 includes:

ATRI’s analysis found that year-over-year truck speeds across the top 10 locations dropped by an average of nearly 9 percent as congestion worsened along the nation’s busiest freight roadways.

“ATRI’s research shows us where the worst pain points are – but they are far from the only ones. This report should be a wakeup call for elected leaders at all levels of government that we must act quickly to address our increasingly congested highway system,” ATA President and CEO Chris Spear said. “Without meaningful investment in our nation’s infrastructure, carriers will continue to endure billions of dollars in congestion-related costs – which results in a self-inflicted drag on our economy.”

For access to the full report, including detailed information on each of the 100 top congested locations, please visit ATRI’s website by clicking here.

The Rhode Island Trucking Association, Inc. (RITA) is a chartered, non‐profit organization whose membership is made up of one truck owners; fleet owners; private and for hire motor carriers; and allied industries including manufacturers, dealers, service stations and suppliers. Since 1931, RITA has represented and promoted all motor carrier interests on the state level. RITA, the only statewide trucking association, has been a member of the American Trucking Association since 1944. For more information, please contact Christopher Maxwell by phone at (401) 729‐6600, (401) 265‐4638, or by email at:  chris@ritrucking.org.