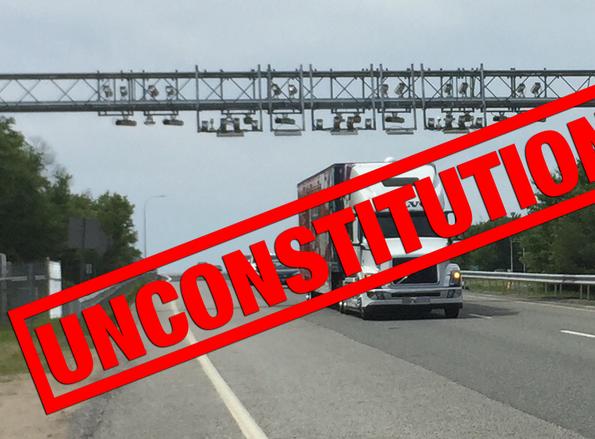 Rhode Island passed the "RhodeWorks" law in 2016 which authorized the tolling of trucks Class 8 and above.

The American Trucking Associations, along with two motor carriers, filed a lawsuit against it in July of 2018 at the U.S. District Court of Rhode Island.

On September 21, 2022, Judge William Smith ruled Rhode Island’s truck-only tolling scheme "unconstitutional", finding in a ninety one page decision that truck-only tolls did not fairly approximate use among all vehicles and that it was discriminatory in purpose and effect.

Click here for the ATA's statement, which includes comments by RITA's Chris Maxwell, about the ruling.

The State of Rhode Island filed an appeal of Judge Smith's ruling on October 19, 2022.